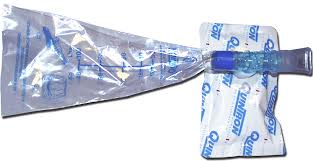 Small intestinal bacterial overgrowth (SIBO) is found in about 80% of those with symptoms of irritable bowel syndrome (IBS).  Once treated, the symptoms of IBS usually resolve.  While the definitive cause of IBS has not been established, there is a definite correlation between SIBO and IBS.

The most commonly used test to identify SIBO is the lactulose breath test.  Prior to the test, a one to three day preparation diet is required.  During this time, the patient eats meat and meat broth, avoiding all carbohydrates.  This gives the body time to remove the carbohydrates from the small intestine which, if present during the test, would artificially elevate the gas levels on the test results, possibly giving a false positive result.  The patient begins the test by breathing into a tube with a device provided to the patient by the lab that will be analyzing the data.  The tube is labeled with the patient's name, date of test and time of breath sample.  Then the patient will drink a solution of lactulose, then will wait 20 minutes before they take the next breath sample.  The patient continues to take breath samples every 20 minutes for either 2 or 3 hours, depending upon the lab.  A 3-hour test is more useful than a 2-hour test because when a test is positive for SIBO, it will show 2 peaks in the graphic result data-one for small intestinal bacterial overgrowth and a second peak which indicates when the lactulose arrives in the colon.  By seeing two peaks, we can be sure that the first peak is indicative of bacteria in the small intestine.  The labeled tubes will then be packed up in the box provided by the lab and shipped off by either UPS or Fed Ex.  The shipping package is included in the test kit you receive from your doctor.

Alternatively, the doctor may call in an order for a lactulose breath test to be done in-office at another facility.  Since patients seldom have problems performing the test at home, Dr. Waters gives the patient a kit to be completed at home.  If the patient is unable to do the test on their own, Dr. Waters will call in an order to the Express Lab at Poudre Valley Hospital in Fort Collins.  The patient will have to spend about 3 1/2 hours there performing the test.

There is a new test called IBS-Chek which tests for antibodies to cytolethal distending toxin and vinculin, 2 substances affected when someone acquires IBS after a bout of gastroenteritis, as from food poisoning or traveler's diarrhea.  When there are antibodies present there is usually a problem with the functioning of the migrating motor complex (MMC) which is the intestine sweeper that operates during the fasting state (at night or between meals) to keep the small intestine relatively free of bacteria.  When a person has a bout of gastroenteritis, certain bacteria may produce a toxin called cytolethal distending toxin which damages the nerves associated with the MMC.  When the MMC doesn't function properly, it puts the person at greater risk of developing SIBO.  It is helpful to know if the MMC is not working because, if it has been damaged, it must be repaired in order to prevent a recurrence of SIBO.